Democratic voter turnout in Baker County in November 2016 was 86%, which is testimony to our get-out-the-vote campaign. Overall, the state and local election results were quite good.

In collaboration with moderate Republicans, we were able to re-elect Sheriff Travis Ash with 63% of the vote (over a “Constitutional Sheriff” candidate). The incumbent, Ash is a law-enforcement veteran with 20 years experience. He has a demonstrated track record of providing Baker County with professional public safety and law enforcement services, leadership of the county’s Sheriff’s Office, and the compassion and concern for the community that the people of Baker County deserve and expect.

Also in collaboration with moderate Republicans, we were able to pass Measure 1-74 for a Non-Partisan County Commission by 102 votes (to help protect against ideologically extreme Republican primary candidates), and we elected Bruce Nichols as County Commissioner (unopposed, following his primary win over an “Oath Keeper” candidate) with 93% of the vote.

On the State level, our Democratic Slate, including Governor Kate Brown and Senator Ron Wyden was elected — with the exception of Secretary of State candidate Brad Avakian and State Senate candidate Mark Stringer. 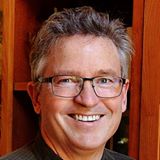 And Jim Crary ran an effective campaign for U.S. Representative. Entirely self-funded, he was able to effectively introduce himself across the wide geographic reaches of Oregon’s 2nd Congressional District. For 2018, there are now seven announced candidates for Congress from CD2. We look forward to working to ensure the best possible election outcome in 2018.

Boom!! The electoral college victory of Donald J. Trump has turned our national politics upside down. But this elections was not so much about Trump, or the electoral college, as about the 60 million of our fellow Americans who voted for him out of desperation over their economic insecurity.

Trump’s election must spur us to action! In this regard, the Baker County Democratic Central Committee once again offer our proposal to the American people for transferring wealth via a sharply expanded federal Earned Income Tax Credit.

We offer this proposal as a meaningful response to the relentless march of technology and globalization, robbing millions of workers of bargaining power to earn a decent living. They find themselves powerless to recapture the $1 trillion in excess profits from automation and low wages which now flows annually to the top one percent who pay extremely low taxes.

This proposal to produce combined living incomes for working Americans is embedded in the 2016 platforms of the Democratic Party of Oregon, the Democratic National Committee, and “The People’s Budget” prepared by the Congressional Progressive Caucus, of which Rep. Keith Ellison is co-chair. It is part of Senator Jeff Merkley’s 2014 Middle Class Agenda, and the 2015 Progressive Agenda to Combat Income Inequality endorsed by Senator Merkley and a wide range of progressive leaders.

We are encouraged that it was reflected in Bernie Sanders’ presidential campaign. And it has been recently endorsed by renowned investor Warren Buffett (who called for a “big-time” increase in the EITC on January 27, 2017, on Charlie Rose) and conservative economist Glenn Hubbard, former Chair of George W. Bush’s Council of Economic Advisors (who called for a “dramatic increase” in the EITC in a January 12th PBS NewsHour interview with Paul Solman).

We call for a national debate involving millions of concerned Americans, possibly facilitated by Tom Perez and Keith Ellison, newly elected heads of the Democratic National Committee. Perhaps it is time to resurrect the DNC’s Democratic Victory Task Force. But this time, we must clearly and directly address the fears and anger of the declining middle class and the working poor. Perhaps an outside coalition is needed, as recommended and justified by Naomi Klein in her new book “NO Is NOT Enough.” Two of our most astute and eloquent statesmen, Senator Bernie Sanders, and Professor Robert Reich, should be involved, since they are advocates for policies which directly address the wide-spread poverty resulting from our extreme and growing inequality of wealth.

To accomplish this, Donald Trump’s proposed “trickle down” economic policy involving massive tax cuts must be reversed, to result in sharp tax increases for the wealthy. Trump describes his “beautiful” America: “We’re going to rebuild our infrastructure, which will become, by the way, second to none. And we will put millions of our people to work as we rebuild it.” As a businessman, he must realize that this cannot be accomplished without additional revenue, and he must come to understand that the Reagan and G.W. Bush tax cuts (which tripled and doubled the national debt, respectively) were absolutely counter-productive.

Baker Democrats believe that a second major issue we face is global warming — about which Donald Trump is a climate denier, and, in fact, proposes accelerated fossil-fuel extraction. BCDCC’s proposal includes establishing a carbon tax to price fossil fuels correctly, a proposal also contained in the platforms of both the Democratic Party of Oregon and the Democratic National Committee. We must advocate for a vigorous public information campaign and discussion process to move the grave threat and this proposed solution to the forefront.